Musica Fiorita orchestra as a guest in Lviv 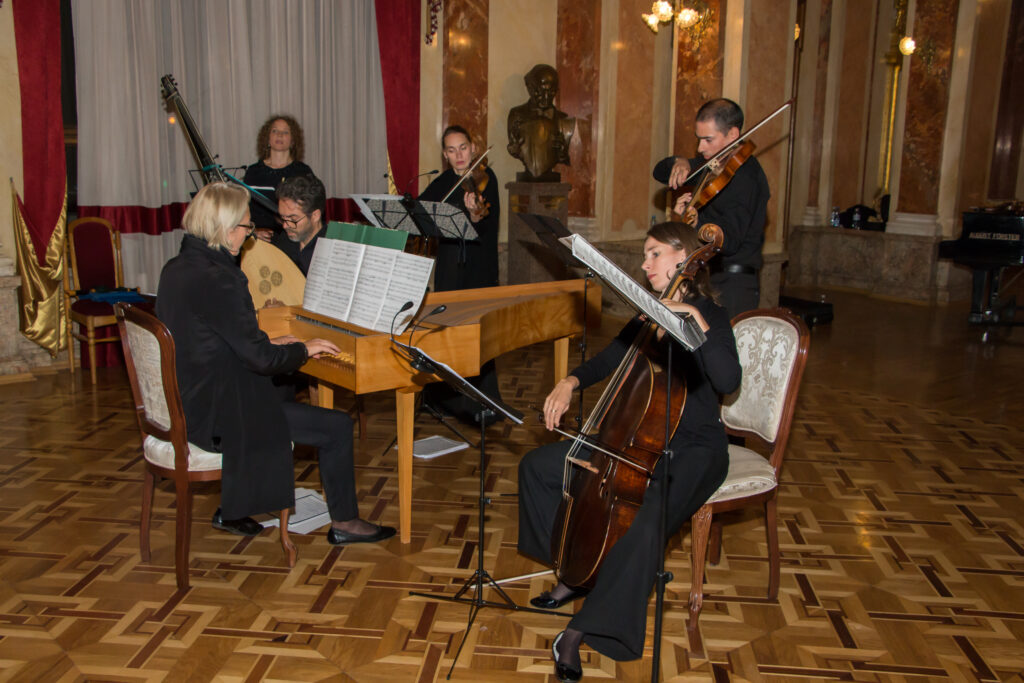 We are incredibly proud of the project with the renowned ensemble from Basel Musica Fiorita, directed by Daniela Dolci. The ensemble, which specialises in early music, performed a concert in the Mirror Hall of the National Opera House in Lviv and gave several lectures and workshops at Lviv Music Academy, followed by a concert and a lecture in Basel. The latter events were financially supported by the Irma Merk Foundation.

Daniela Dolci reports: “On 2nd October, we flew to Lviv through Vienna and had a chance to rehearse in the Mirror Hall right after our arrival. On our second day in Lviv, more rehearsals followed, both in the morning and in the early afternoon. We gave interviews to the various media, both on the radio and on TV. On Wednesday, I delivered a lecture entitled “Rhetoric in Baroque music”, which was simultaneously translated into Ukrainian by Ivan Dukhnych. Musicology students of Ukrainian Catholic University constituted about 80% of the audience, and the rest consisted of music students and professors. In the evening, we performed a concert in the Mirror Hall of Lviv Opera House. The concert was well-attended (some visitors even had to stand), and the audience was very young, consisting for the most part of music students.”